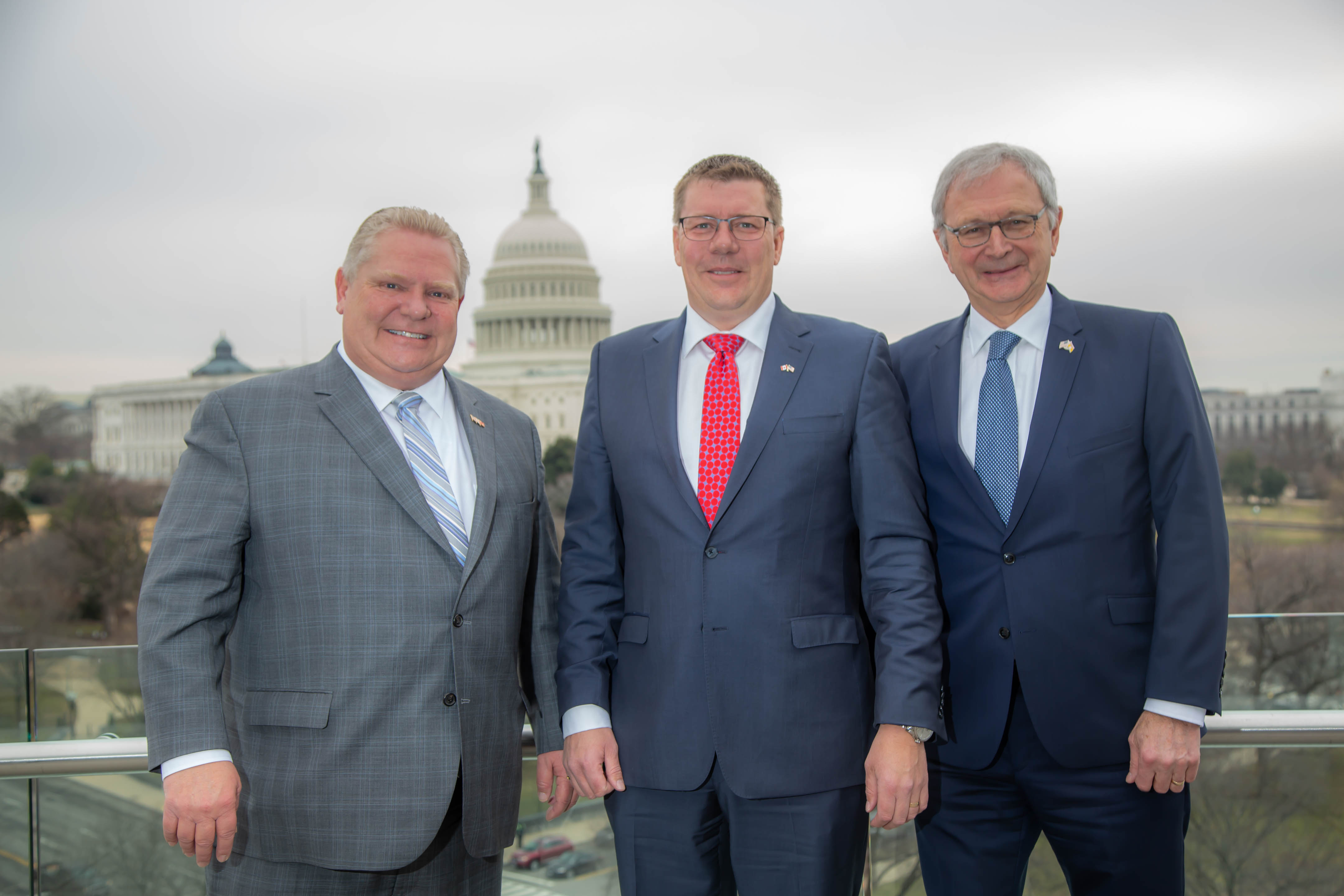 New Brunswick Premier Blaine Higgs, as Chair of the Council of the Federation, led a joint mission of Canada’s Premiers to Washington, D.C. on February 22-23, 2019. Joining him on the mission were Ontario Premier Doug Ford and Saskatchewan Premier Scott Moe.

The aim of the visit was to build and enhance relations with American political leaders, especially U.S. governors. The Premiers’ visit coincided with the 2019 Winter Meeting of the National Governors Association.

This was the sixth international mission of Canada’s Premiers. Two previous missions to Washington, D.C. were undertaken, in 2010, and 2017.

Working together to expand trade and further develop international relations is an important priority of Canada’s Premiers. Given that provinces and territories are an integral part of Canada’s presence, activities and public image on the global stage, Premiers advance Canada’s trade and global interests through their international activities, including through Council of the Federation missions abroad.